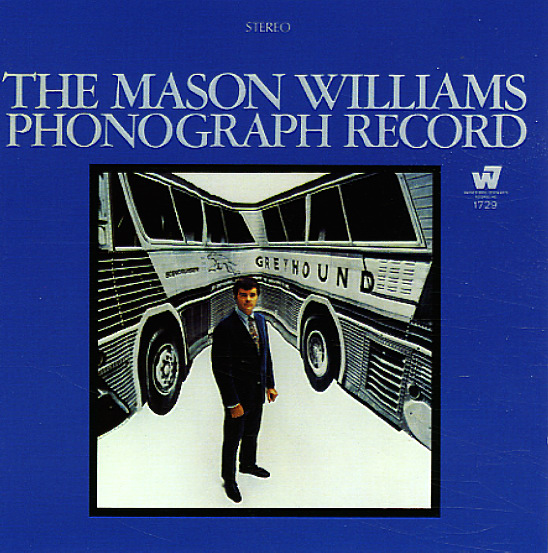 Amazing stuff – one of those records you see for years, and always pass by – but which yields some real surprises once you dig in! Mason Williams is one of the cooler cats in the Warner Brothers stable of the late 60s – but he's also one of the more subtle, too – a folkie at heart, but an artist with a really great sense of wit, warmth, and variety – very much in the best genre-stepping style of the Burbank scene of the time. The set features, of course, Mason's huge hit "Classical Gas" – an instrumental you'll recognize instantly – but next to that is the sublime "Baroque A Nova", a very cool scatting harmony track that's like some lost late 60s Hugo Montenegro gem – and the camp psych gem "The Prince's Panties" – done with all the wit of late 60s Warner – as is the whole album! Other tracks include "Wanderlove", "Overture", "All The Time", and "She's Gone Away".  © 1996-2020, Dusty Groove, Inc.