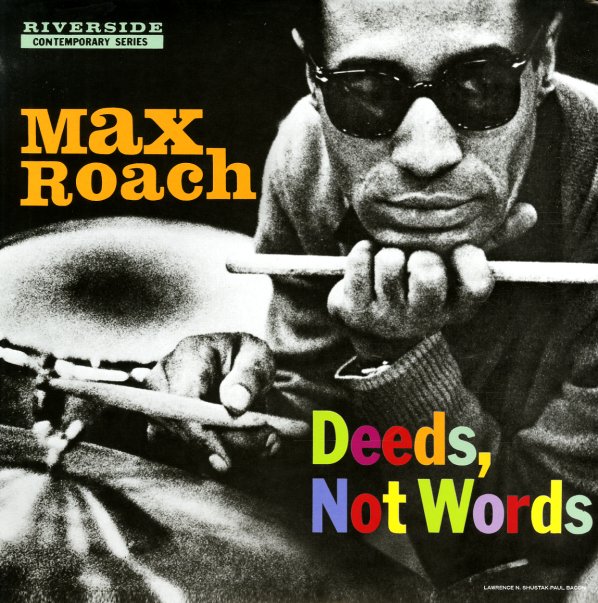 A seminal set from Max Roach – the start of his more righteous stretch in jazz, as you might guess from the title of the album! At some level, the record's got a bit of the feel of the post-Clifford Brown Mercury years from Roach – but at another, it's stretching out towards the directions Max would explore fully on the Candid, Impulse, and Fantasy labels in the 60s – an approach to hardbop that often really pushes its limits – not content to simply set up solos for the players, and instead moving with a much more forceful energy overall! Group members include Booker Little on trumpet, George Coleman on tenor, Ray Draper on tuba, and Art Davis on bass – and the lack of a piano makes for a very exciting sound! The album's got 2 great originals by Bill Lee – "Jodie's Cha-Cha" and "Deeds Not Words" – plus Draper's classic "Filide", and the groundbreaking "Conversation" – a very cool solo by Roach on the drums!  © 1996-2022, Dusty Groove, Inc.