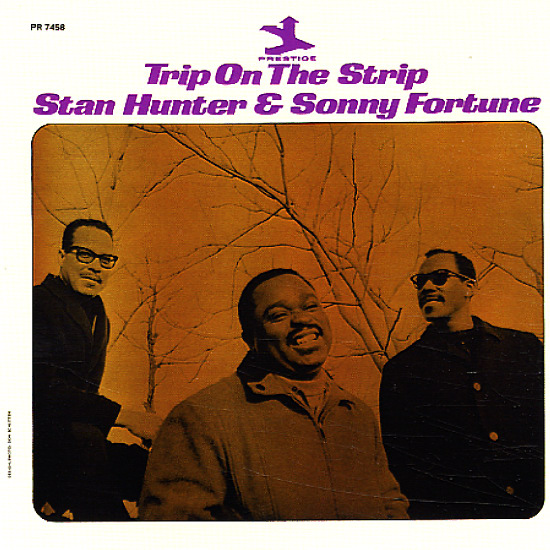 Trip On The Strip

A rare gem on 60s Prestige Records – and one of the earliest records to feature the incredible talents of reedman Sonny Fortune! Sonny burst into fame in the 70s as a spiritual player with a really freewheeling groove – but this late 60s date has Fortune in the company of Hammond player Stan Hunter – a very hip musician with a fluid feel that's really wonderful – and which already unlocks some amazing sounds in Sonny's alto and tenor sax! The vibe has this open sort of groove – a style that's somewhere between Don Patterson trio sides and work by Larry Young – with a freshness that really stands out from some of the more common organ/tenor modes of the time – proof that Fortune was already a hell of an innovator even at this early point. The rest of the group features Sherman Suber on guitar and John Royal on drums – and titles include a killer modal take on "Invitation", plus "Trip On The Strip", "HFR", "Sonny's Mood", "Corn Flakes", and "Yesterday".  © 1996-2022, Dusty Groove, Inc.
(On the Dusty Groove label.)