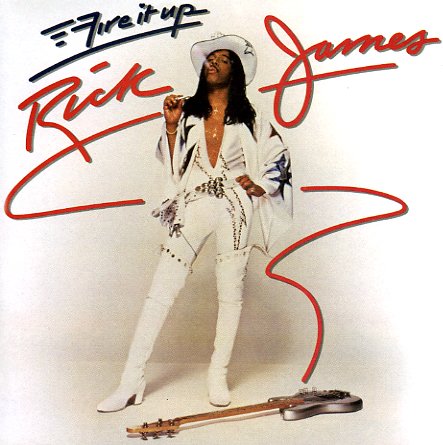 Rick James fires it up at the end of the 70s – stepping out at full star power that has him rivaling the strength of Bootsy Collins at Warner, and paving the way for the rise of Prince in the early 80s! As with Prince, James' version of funk here is a bit offbeat – lots of riffing guitars in the mix, and a bad-strutting groove that's still conventional mainstream funk of the time, yet with some edgier elements that led Rick to label his music as "punk funk" (or was it "funk punk"?) Given the end-of-70s spirit, you might also say that some of the cuts were aimed at the dancefloor – although James was never really one to storm the discos as much as others. Titles include "Love Gun", "Fire It Up", "Come Into My Life", "Lovin You Is A Pleasure", and "Stormy Love".  © 1996-2022, Dusty Groove, Inc.
(Includes the printed inner sleeve.)