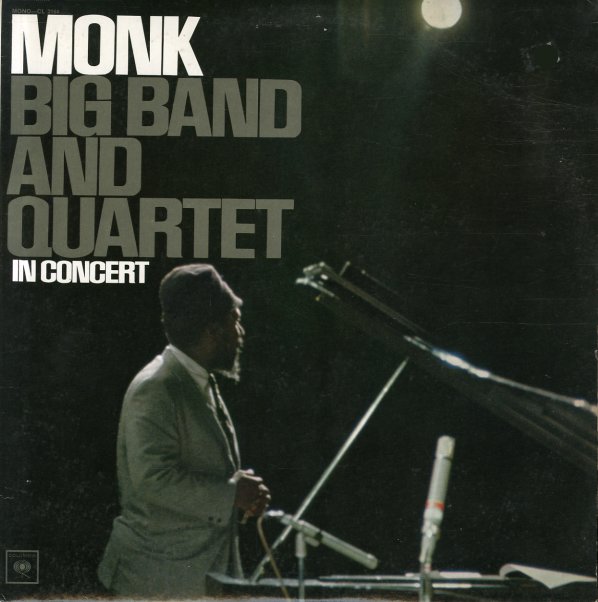 A unique little album from Thelonious Monk – an early 60s live date that features a really cooking big band, plus some solo and quartet tracks as well! The bulk of the album's played by the big band – an unusual mix of players that includes Phil Woods on alto, Steve Lacy on soprano sax, Charlie Rouse on tenor, Thad Jones on cornet, Eddie Bert on trombone, and Nick Travis on trumpet – all cutting nicely angular lines under the direction of Monk's piano. The quartet material strips things down to a group with Rouse on tenor, Butch Warren on bass, and Frank Dunlop on drums – and one selection features Monk on solo piano. Titles include "I Mean You", "Oska T", "Four In One", "Darkness On The Delta", "Evidence", and "Played Twice".  © 1996-2020, Dusty Groove, Inc.
(Out of print.)