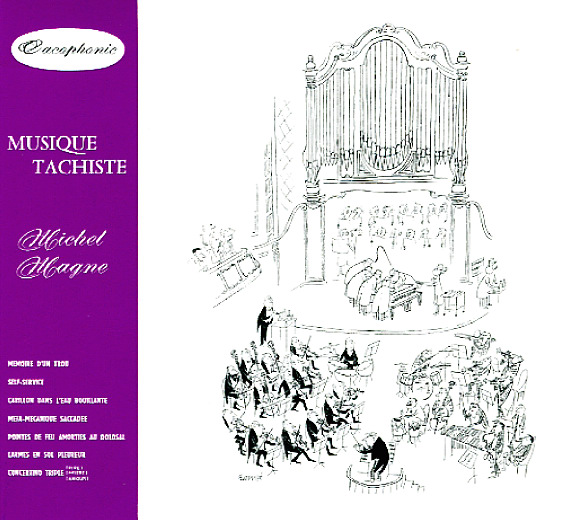 Striking sounds from Michel Magne – an artist who's best known for his groovy soundtracks of the 60s – but who steps out here with a rare experimental set from the late 50s! The style is very much in keeping with the most compelling of the postwar generation in France – as Magne mixes together electronic and acoustic sounds with amazing power – modes that are sometimes as spacious as Pierre Henry, other times as sonically powerful as Xenakis – yet always very much Michel's own unique musical vision! Instrumentation includes some great cymbalum, plus piano, violin, vibes, and percussion – as well as some amzing vocalizations from Jaqueline Dano and Christiane Legrand. Titles include "Memoire D'Un Trou", "Self Service", "Concertino Triple", "Meta Mecanique Saccadee", "Larmes En Sol Pleureur", and "Pointes De Feu Amorties Au Dolsal".  © 1996-2022, Dusty Groove, Inc.