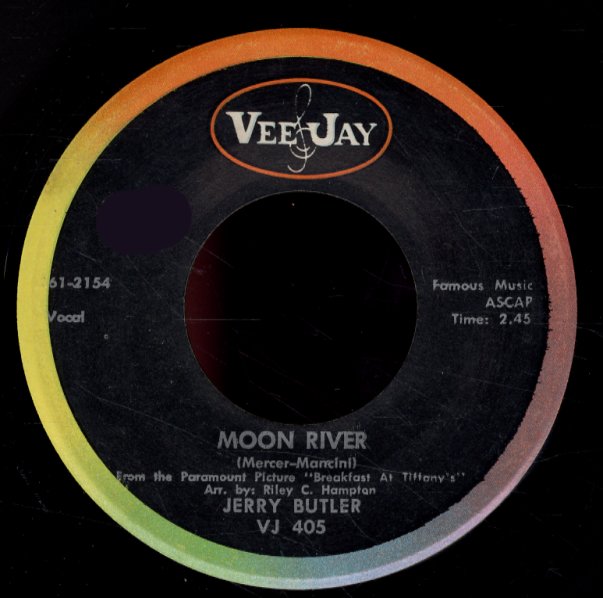 A double-sided gem from Jerry Butler! Although Jerry Butler got his start singing some of Curtis Mayfield's early work, the geniuses at Vee Jay had the sharp idea of shopping for a few songs in New York, and they managed to come up with these two gems, both of which are classics from Jerry's second wave of hits! Believe it or not, "Moon River" was the first pop version ever recorded (according to Mancini himself), and it's delivered here perfectly with fab Riley Hampton arrangements. "Aware Of Love" is one of his best solo numbers too.  © 1996-2022, Dusty Groove, Inc.
(Label has a small sticker.)

King Heroin/Theme From King Heroin
Polydor, 1972. Very Good
7-inch...$4.99
"King Heroin" is one of James' most enduring songs of the 70s – and although it's not as funky as some of the others, it's got an incredibly soulful political message that's still extremely compelling today. The flip's got a nice version of the song's theme, too. 7-inch, Vinyl record