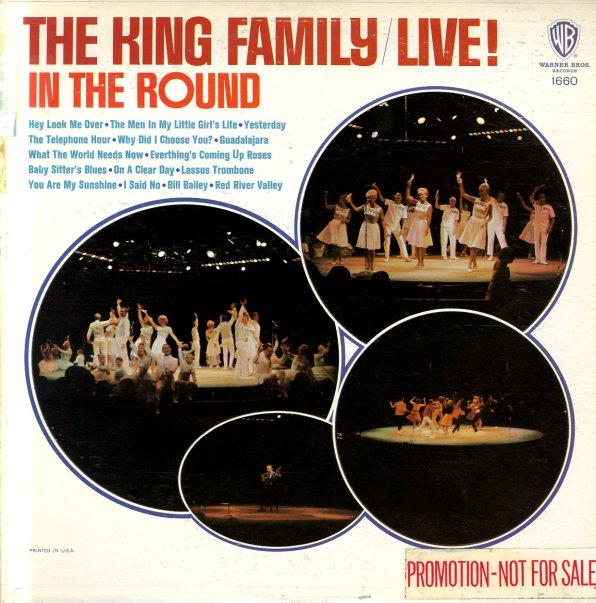 King Family Live In The Round

Warm wonderful whitebread work from the King Family! A great example of the way the large King ensemble really shone in the space of a concert performance – filling up the space well with all the different voices in the extended family, and shifting into different groupings that keep things interesting throughout! Titles include "The Men In My Little Girl's Life", "What The World Needs Now", "On A Clear Day", "I Said No", "Why Did I Choose You", "Guadalajara", and "Baby Sitter's Blues".  © 1996-2020, Dusty Groove, Inc.
(Gold label stereo pressing. Cover has light wear.)

Voice Of The Sixties
Warner, 1961. Very Good
LP...$6.99
Joanie's second album for Warner Brothers – and a date that features some especially nice backings from Neal Hefti, who helps swing Sommers into some great jazzy territory, but always with that playful Hefti touch that we love so much! Instrumentation is always interesting, even underneath ... LP, Vinyl record album