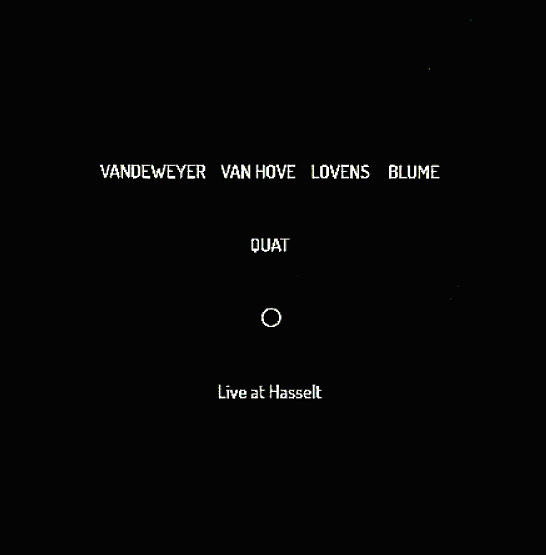 Very resonant sounds from this unique quartet – a lineup that features piano and accordion from Fred Van Hove, vibes from Els Vandeweyer, and percussion from both Paul Lovens and Martin Blume! The mix of vibes and piano is already great enough – quite free, and ringing out with spacious notes on both ends – and the addition of the pair of percussionists really opens up the sound, especially as both players are far from any rhythmic needs – and instead interact more with the percussive notes of the other instruments. The set features four different numbers, all improvised – "H1", "H2", "H3", and "H4".  © 1996-2021, Dusty Groove, Inc.