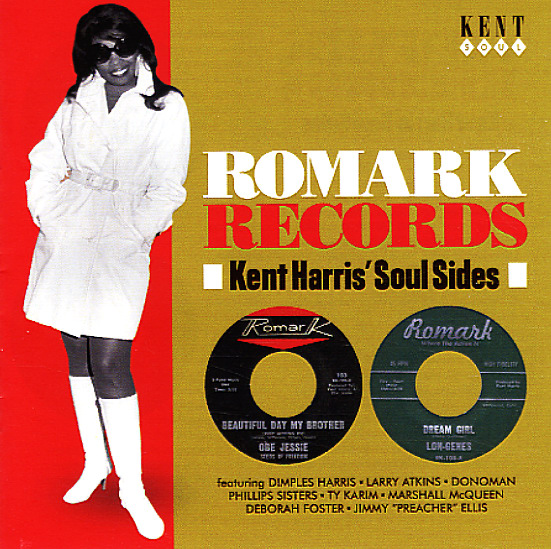 Excellent work from an overlooked west coast soul label – LA's mighty hip Romark Records, home to a surprisingly righteous batch of work from the 60s! Most tracks here hail from the label's mid 60s heyday, but have a groove that's light years past most of their contemporaries – really echoing modes that would burst bigger in the 70s, both in the message in the music, and the overall presentation of the songs – all at a level that could sometimes have a great deal of sophistication! A few more tracks are from an early 80s stretch of work from Romark producer Kent Harris – and show that the groove was still going on in the LA underground – really helping give a full picture of this obscure musical outlet. As usual, Ace/Kent have done a tremendous job with presentation – providing plenty of notes and information to flesh out the excellent set list – with cuts that include "I'm The Only One" by Donoman, "Have Mercy On Me" by Larry Atkins, "It's Hard To Explain" by Ray Agee, "All At Once" by Ty Karim, "Work It Out" by Marcene Harris, "Beautiful Day My Brother" by Obie Jessie, "I'm Leaving You" by The Francettes, "Dream Girl" by Lon-Genes, "Pay & Be On My Way" by O'Malley Jones, "If I Can't Stop You" by Marshall McQueen, and "I Can't Hold Back This Feeling" by Deborah Foster & Marshall McQueen.  © 1996-2021, Dusty Groove, Inc.