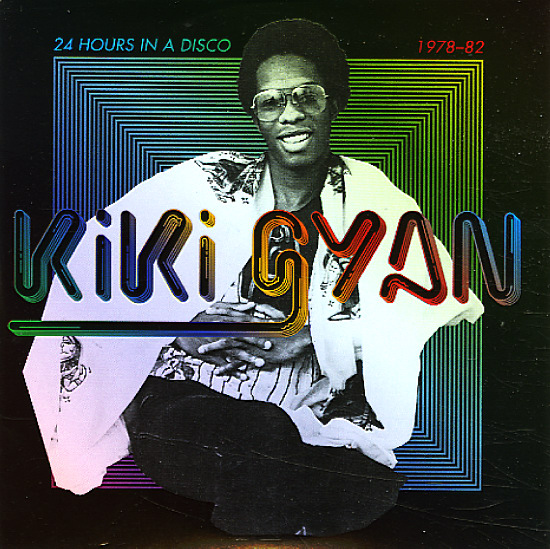 Some of the funkiest, clubbiest work we've ever heard from the African scene of the 70s – great grooves that would be right at home on the New York dancefloors of the time! The style here is definitely drawn from disco, yet is a lot more funk-based too – more in the farther reaches of the disco underground of the late 70s – with some of the offbeat touches you might hear from some of the P&P family of labels. Basslines are often stronger than the beats – and although strings and other elements are sometimes used to sweeten the grooves – the approach is never too commercial, and never softens up the funky rhythms at the bottom. Kiki plays keyboards, sings a bit, and does a great job on production – working under his own name, and with some other key projects as well. Titles include "Disco Dancer", "24 Hours In A Disco", "Sexy Dancer", and "Keep On Dancing" by Kiki Gyan – plus "Loving You" and "Disco Train" by KG Band, and "Pretty Pretty Girls" by The Twins.  © 1996-2023, Dusty Groove, Inc.
(Includes the insert, and in great shape!)