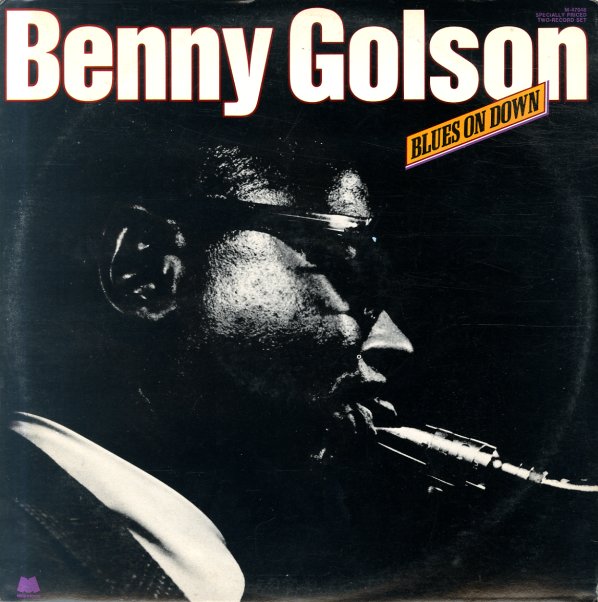 A 2-in-1 package that features 2 of Benny's best late 50s albums in one set! The Modern Touch is a sublime late 50s album that features Benny with a sextet, working out amazing versions of the sorts of material that set him apart from every other jazz arranger of the time! The tracks here are complicated, yet have a rootsy soulfulness that makes them instantly compelling – and Benny's tone on tenor sax is sharp and angular, yet also has a raspiness that gives it a degree of honesty you wouldn't expect from a budding young modernist. The rest of the players – Max Roach, Paul Chambers, Wynton Kelly, JJ Johnson, and Kenny Dorham – are equally great, too – and amidst Benny's arrangements, they come together as if they'd been playing in this format for years! Titles include "Out Of The Past", "Venetian Breeze", "Reunion", "Hymn To The Orient", and "Blues On Down". The Other Side is a smokin' hard bop side from a sort of amalgamation of players who played in and out of the Jazz Messengers around this time, but Philly Joe's sittin' in the drummers seat, so though the rhythms cook hard, that not quite as bombastic as Bu's. We've always loved Benny Golson, and though his playing was at it's most sublime in the Jazztet, he got to stretch out just a bit more and played with just a touch more fire in other contexts, like this session. Barry Harris is on piano, with Jymie Merritt and Philly Joe rounding out the rhythm section and Curtis Fuller joins Golson in the front line for a spry quintet setting. Six tracks: "Strut time", "Jubilation", "Symptoms", "Are You Real?", "Cry A Blue Tear" and "This Night".  © 1996-2021, Dusty Groove, Inc.
(Shrinkwrap is lightly shopworn, with a small hole at the opening. Cover has a cut corner.)