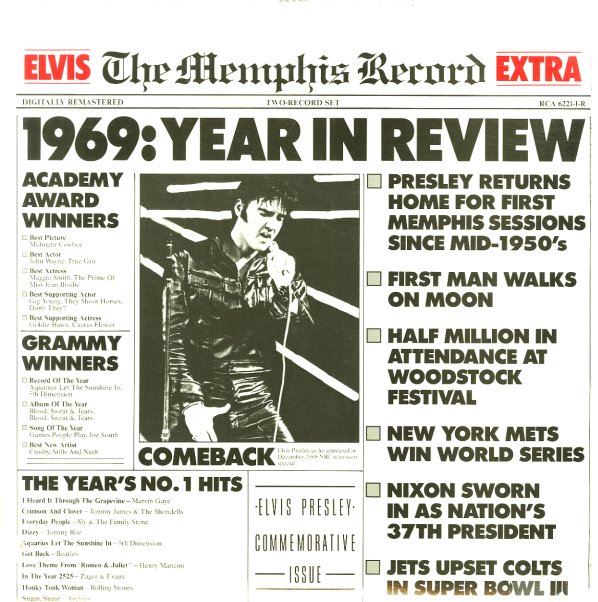 Great sounds from one of the best years in Elvis' comeback career – 23 tracks, presented in a really great way – all from Memphis sessions produced by Chips Moman!  © 1996-2020, Dusty Groove, Inc.