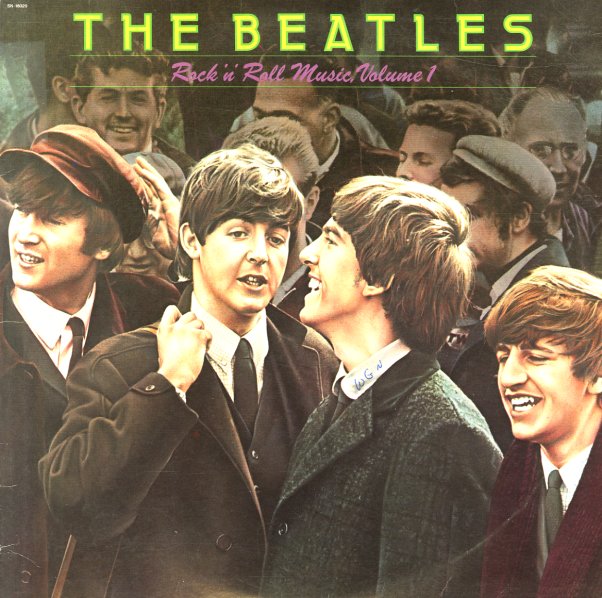 Beatles' Story – A Narrative & Musical Biography Of Beatlemania On 2 Long Play Records
Capitol, Early 60s. Very Good 2LP Gatefold
LP...$7.99
A very cool artifact from the glory days of The Beatles – a set that features interviews with the group, words from their fans, and tracks from their records – all combined in a great mix of music and voice! LP, Vinyl record album

Let It Be
Apple, 1970. Very Good Gatefold
LP...$29.99 (CD...$4.99, CD...$7.99)
A bittersweet farewell from The Beatles – a record that definitely shows the fracturing unity of the group, with lots of near-solo moments – but a set that also makes us really wonder what they'd have done with all this genius, had they managed to hold it together! There's great hints ... LP, Vinyl record album

Beatles – The White Album
Apple, 1968. Very Good 2LP Gatefold
LP...$39.99 (CD...$18.99)
The Beatles at their late best – on 1968's self-titled set – now immortalized as The White Album! The White Album capped offed a period of intense creativity for the band with a double that's as freewheeling as anything they'd ever release. It's got raw rockers with wry lyricism, ... LP, Vinyl record album