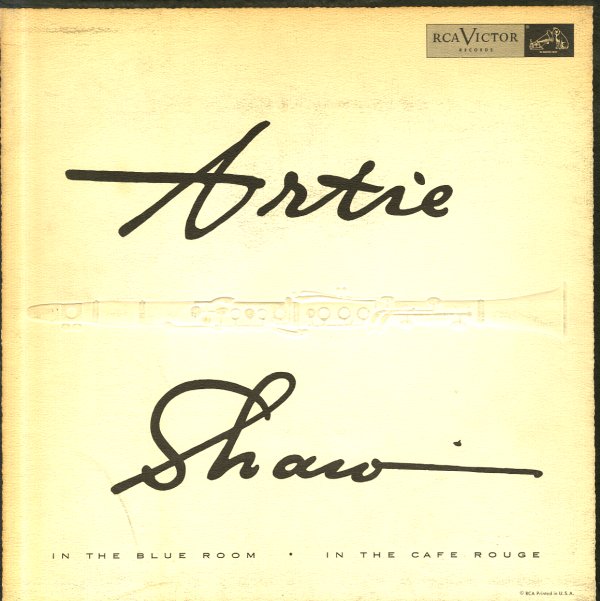 In The Blue Room – In The Cafe Rouge (2LP Box Set)

A set of two live dates from the late 30s – from the Hotel Lincoln's Blue Room in 1938, with Les Robinson and Hank Freeman on alto; Tony Pastor, Ronnie Perry, and Georgie Auld on tenor; Chuck Peterson, Johnny Best, and Bernie Privin on trumpet; Geroge Arus, Les Jenkins, and Harry Rodgers on trombone; Bob Kitsis on piano, Al Avola on guitar, Sid Weiss on bass, and Cliff Leeman and Buddy Rich on drums; and from the Hotel Pennsylvania's Cafe Rouge in 1939, with most of the same personell but with Harry Geller replacing Johnny Best.  © 1996-2021, Dusty Groove, Inc.
(50s mono black label pressing with deep groove. Includes the booklet. Box has some smudges, aging, split corners, a tear in the top edge, and is missing a portion at the bottom on the right edge.)