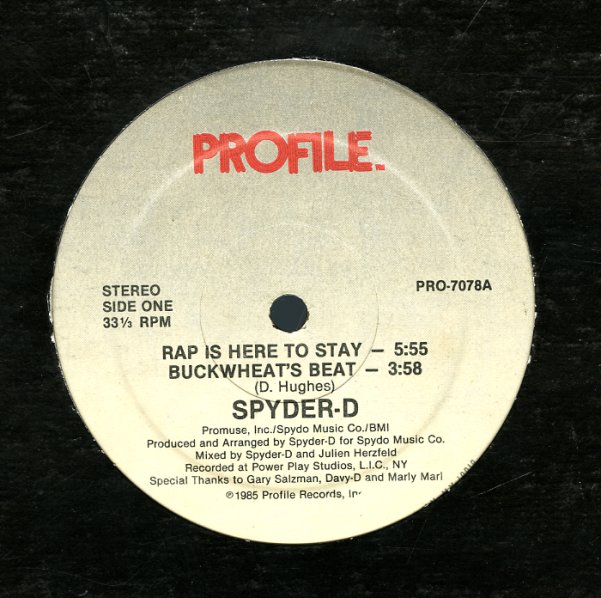 Buckwheat's Beat is a novelty track from around the time of Eddie Murphy's Buckwheat routine on Saturday Night Live. But, folks, Spyder D was on the money when he declared that "Rap is Here to Stay"!  © 1996-2020, Dusty Groove, Inc.
(Promo. Vinyl plays with a short click on side 2, track 1.)