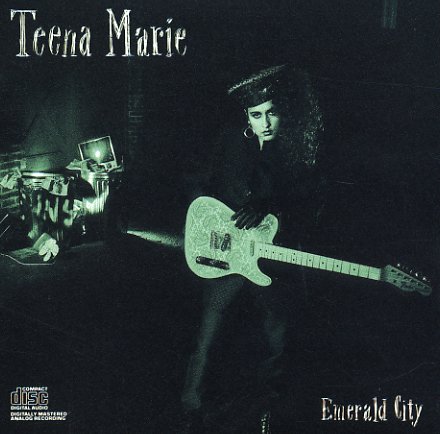 Heavy funk from Teena Marie – a self-produced killer for mid 80s Epic Records – done with some even bolder grooves than before, in ways that definitely show the hallmarks of the Prince generation! The 80s was a hell of a good time to be a female funk artist on her own – and Teena more than takes advantage of that fact here – stepping out with a proud, loud groove that's undeniable – very much a female-positive moment that some folks occasionally overlook in their accounts of 80s soul. All tracks are Teena originals, right on the money – and titles include "Emerald City", "Once Is Not Enough", "You So Heavy", "Lips To Find You", "Love Me Down Easy", and "Sunny Skies".  © 1996-2021, Dusty Groove, Inc.
(Out of print original pressing.)