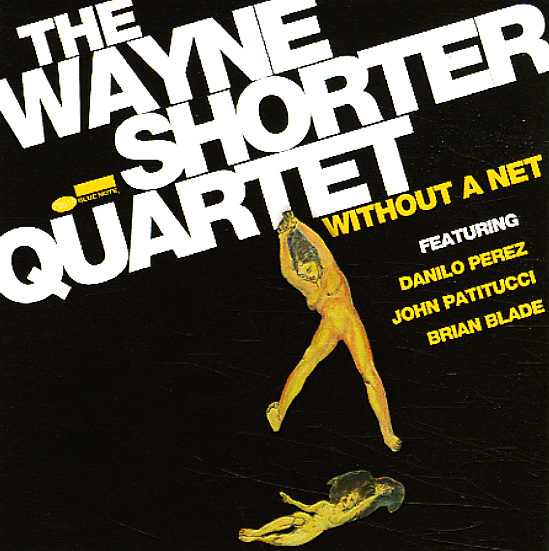 Ju Ju (non-RVG edition – with bonus tracks)
Blue Note, 1964. Used
CD...$4.99 (CD...$6.99)
Genius, pure genius! Like all of Wayne Shorter's Blue Note sessions from the mid 60s, this album's a beautiful blend of hard bop ideas with a modern spiritual soulful consciousness – as important in its own way as Coltrane's work of the time – an incredible precursor for sounds from ... CD

Schizophrenia
Blue Note, 1967. Used
CD...$13.99
Killer stuff throughout – a classic session from the late 60s that has Wayne Shorter pushing into a searching, spiritual groove, but one that's still filled with all the taught electricity of his earlier recordings on Blue Note! Shorter's accompanied by youthful modernists like James ... CD

Night Dreamer (non RVG edition)
Blue Note, 1964. Used
CD...$4.99
Beautiful – simply beautiful – one of the greatest Wayne Shorter albums for Blue Note, and one of our favorite jazz albums ever! The record is a masterpiece of lyrical delight – soul jazz mixed with slight touches of experimentalism – but still warm, swinging, and personal ... CD

Ju Ju (non-RVG edition)
Blue Note, 1964. Used
CD...$6.99 (CD...$4.99)
Genius, pure genius! Like all of Wayne Shorter's Blue Note sessions from the mid 60s, this album's a beautiful blend of hard bop ideas with a modern spiritual soulful consciousness – as important in its own way as Coltrane's work of the time – an incredible precursor for sounds from ... CD

Soothsayer
Blue Note, 1965. Used
CD...$7.99
A great Wayne Shorter session from the mid 60s – recorded then, but not issued until 1979, for some incredibly unexplained reason – especially given the strength of the set! The group is distinctly modern, and features Freddie Hubbard on trumpet, James Spaulding on alto, and McCoy ... CD

All Seeing Eye (RVG remaster edition)
Blue Note, 1965. Used
CD...$9.99
One of the more avant-oriented 60s sessions cut by Wayne Shorter for Blue Note – a record that's not entirely part of the "new thing" generation, but which definitely has Shorter pushing the boundaries from his previous records for the label! The lineup here is a key batch of ... CD