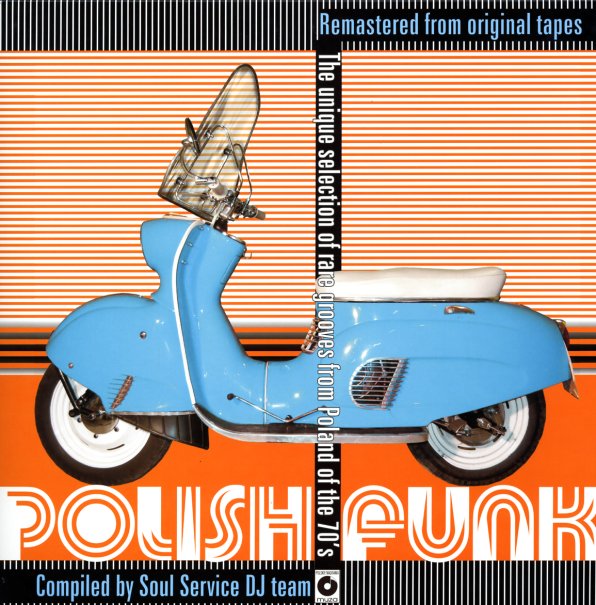 A definite "unique selection" of grooves here – not just because the rare tracks are all from 70s Poland, but also because most of them have never been reissued either! The package is a wonderful introduction to the kinds of grooves we've been digging from Poland for years – that mad mix of jazz, funk, fusion, electric, and vocal elements that somehow managed to flourish wonderfully during the 70s years of Soviet control – a real musical marvel, considering the setting – and because of tight border control, very few of these tunes ever made it out to the west! The track selection differs a fair bit from the kinds of full length Polish jazz albums that have been released to date – as many of the titles here are groovier, funkier, and more electric – and in case you're wondering, there's also very little crossover with the Compost Polish jazz set from a few years back. Titles include "Sorcerer" by Big Band Katowice, "You Want Too Much" by ABC, "Shaft" by Henryk Debich, "Note In A Crest" by Jerzy Milian, "Listen To The Rhythm" by Breakout, "Past The Pile Of Piles" by Grazyna Lobaszewska I Ergo Band, "Qualified Galley Slave" by Piotr Figiel, "Whatcha Doin Mister" by Bemibek, "Introduction" by Novi Singers, and "Coda" by Czerwone Gitary. CD also includes two bonus tracks "Agent 008" by Piotr Figiel Ensemble and "How Can I Stand It" by Kombi.  © 1996-2022, Dusty Groove, Inc.
(Out of print.)

Baile Funk 2 – Brazilian Beat Brooklyn
Disco E Cultura, Late 60s/1970s. Used
CD...$8.99
Massive funk from Brazil – a heavy-hitting non-stop mix of tunes that will open your ears to grooves from a source you'd never expect! The set's the handiwork of a team of DJs that have been grooving the New York scene with Brazilian rarities for the past few years – and the feel of ... CD