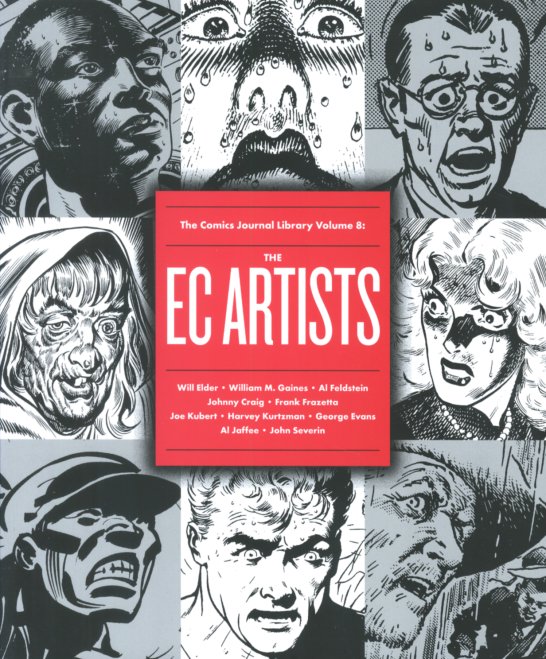 A really great entry in this always-wonderful series – one that offers up interviews with some of the most important comic artists of the 50s – the legendary talents who worked for the groundbreaking EC Comics! The book is nice and big, and full of images throughout – reproductions of drawings and comic strips, both from EC publications and from later years – all laid out to illustrate a series of really thoughtful, in-depth interviews that get at the special moment of creation that EC offered, and the legacy it left to the rest of the world of comics and illustration. This volume features work by and interviews with Al Feldstein, Harvey Kurtzman, Frank Frazetta, Al Jaffee, John Severin, Joe Kubert, Will Elder, Johnny Craig, and George Evans – plus EC publisher William M Gaines, the cat who helped make the whole thing happen. 238 pages, oversize, softcover, with images in both color and black and white.  © 1996-2021, Dusty Groove, Inc.