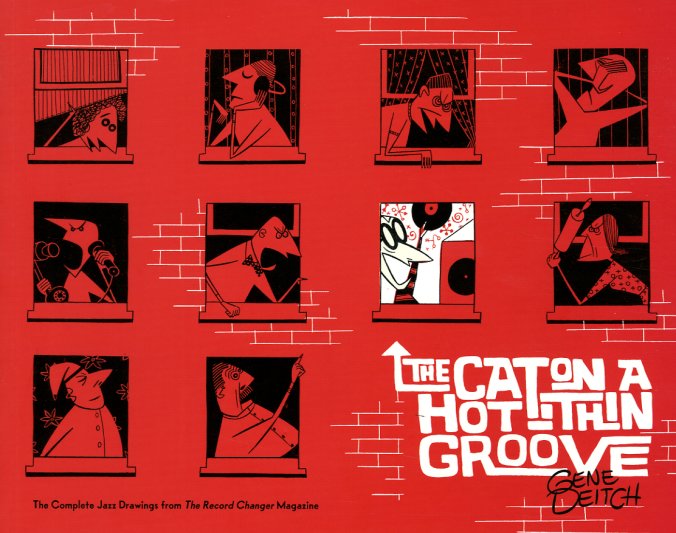 An amazing collection of 40s and 50s jazz drawings by Gene Deitch – the complete anthology of his work for legendary jazz magazine Record Changer! Gene was an amazing artist and cartoonist, whose work helped solidify the legacies of some of the most famous cartoon characters in the American pop culture canon – from Popeye, to Tom & Jerry and beyond – but we're especially in love with his jazz-centric Record Changer era! Gene adored jazz and his love for it really shows! Cat On A Hot Thin Groove includes all of his magazine covers, cartoon panels and other bits from Record Changer – versatile work that ranges from fun, cartoon-y panels of "Jazz Cat" characters, to more elaborate and abstract illustrations. Wonderful, vital stuff – and it's very nicely anthologized here by Fantagraphics! Coffee-table scale paperback – 160+ pages of prime Deitch jazzy drawings with text accompaniment.  © 1996-2021, Dusty Groove, Inc.