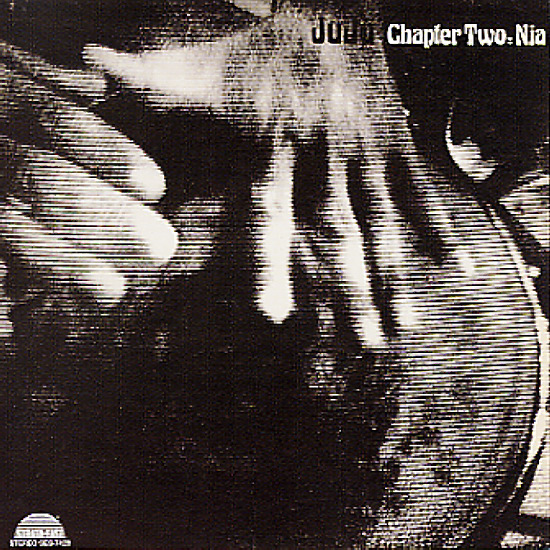 The rare second album from Juju – the avant jazz collective who'd later morph into funk band Oneness Of Juju, but who still sound pretty revolutionary here! There's a bit more focus than before – still energy that's a lot like the best righteous jazz groups coming out of Chicago or St Louis at the same time, but maybe a bit more direct, too – and really showing some of the stronger spiritual tones that would only blossom more strongly in later years! Reedman Plunky Nakabinde is firmly at the helm of the group – on tenor, flute, and soprano sax – but the set also features great work from Lon Moshe on vibes and percussion, Babatunde on congas and drums, Phil Branch on bass, and Al-Hammond Raul on piano and percussion. The sounds are a bit less Afro-styled than on the Oneness records, but still have all the great spiritual currents – and titles include an excellent version of Pharoah Sanders' "Black Unity", plus the original tunes "Contradiction","Nia", "Black Experience", and "The End Of The Butterfly King". Features two bonus tracks – "Live Revolution" and "Live Revolution Continues".  © 1996-2020, Dusty Groove, Inc.