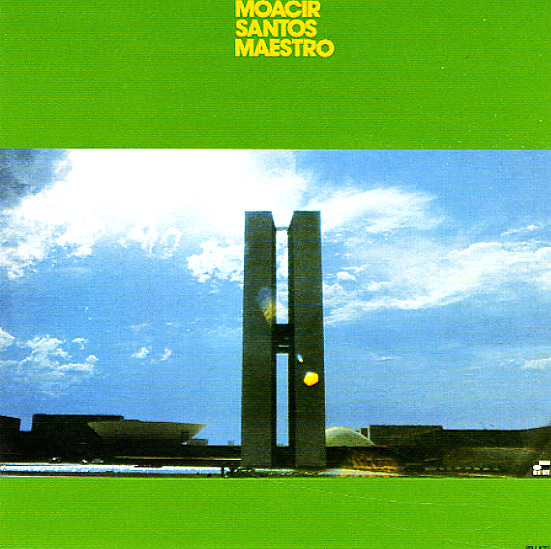 Amazing 70s work from Moacir Santos – the first album the Brazilian arranger recorded for Blue Note, and a set that sparkles with warmth and soul from the very first note! The approach is a brilliant updating of the famous sound that Santos crafted in Brazil the decade before – recast here with some warmer elements that includes great organ from Clare Fischer, electric piano from Bill Henderson, trombone from Frank Rosolino, and flute and tenor from Don Menza! Santos sings on a number of tracks, but in this cool angular way that's often right in line with the instrumentation – almost submerged a bit in the mix, as an element that gives the record a strong degree of warmth. The album's unlike any other we can think of – even a bit different than Santos' two other albums for Blue Note – and has a wonderful fusion of influences that never fails to delight our ears over the years! Titles include his version of "Nana", which was performed often by others – plus "Luanne", "Bluishmen", "Kermis", "Mother Iracema", and "Astral Whine".  © 1996-2022, Dusty Groove, Inc.

Rio Revisited
Verve, 1987. Used
CD...$6.99 (CD...$13.99)
An overlooked bit of mid 80s bossa – a live set that features Antonio Carlos Jobim on piano and vocals, plus some great additional help from Gal Costa! The work here is a nice maturation of older bossa modes – slightly darker than before, and with a rich feeling that represents the ... CD