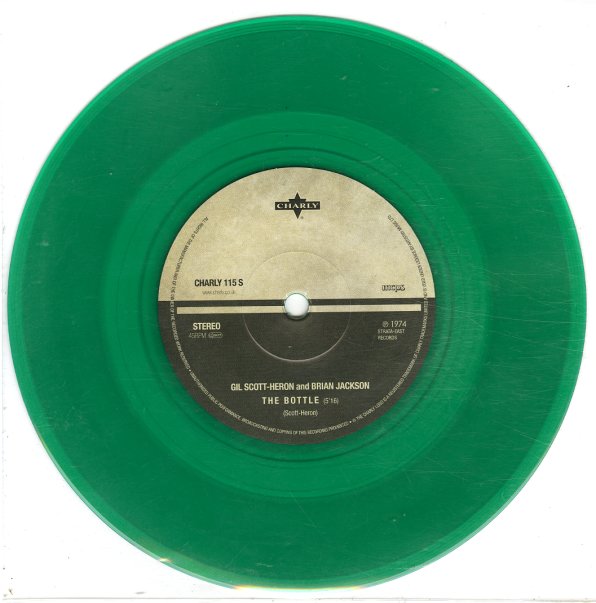 One of the greatest dancefloor jazz tracks of all time – Gil Scott-Heron's incredible "The Bottle", a tune that we never fail to love! The track's got a wicked groove that trips along with funky flute, warm Fender Rhodes, and vocals from Gil that are political, but still nicely catchy. It's an amazing number, as proven by key cover versions over the years – but we still like the original the best!  © 1996-2021, Dusty Groove, Inc.
(Limited edition indie store exclusive for Record Store Day 2013.)