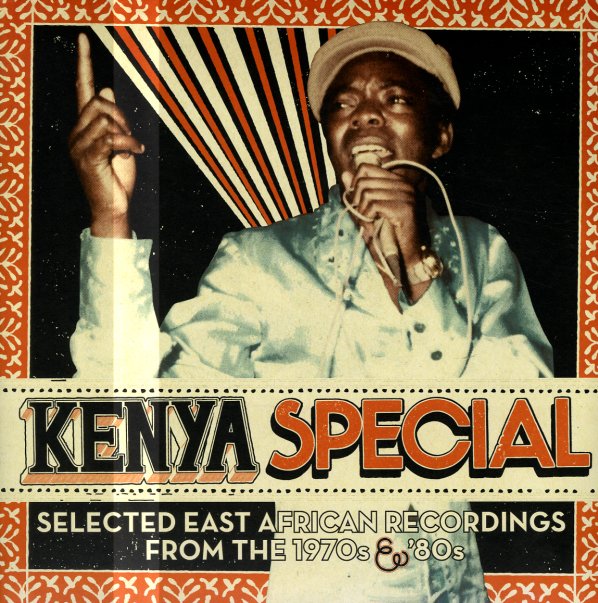 A much-needed look at the massive amount of music recorded in Kenya during the 70s and 80s – an incredibly fertile time for local culture in the nation – and a time when it seemed like there was a great new groove coming out nearly every day! The work here really rivals the best of the classic Soundway compilations – especially their strong surveys of Ghana and Nigeria, with an ear for grooves that go way beyond the usual mainstream sounds of world music! There's more than enough grit and funk here to please any fan of American funk and soul – but the sounds also go way way deeper, too – and echo not only a long Kenyan cultural heritage, but also reflect the unique place the nation had at the crossroads of East Africa – a site that often made the scene especially vibrant in these years. The presentation is superb – with detailed notes and wonderful imagery that includes vintage label scans – and titles include "Mu Africa" by The Rift Valley Brothers, "Wendo Ti Mbia" by Gatanga Boys Band, "Ware Wa" by The Loi Toki Tok, "Sweet Sweet Mbombo" by Orchestre Baba National, "Cha Umheja" by Afro 70, "See Serere" by Sophia Ben & The Eagles Lupopo, "Mutumia Muriu" by The Lulus Band, "Nzaumi" by Ndalani 77 Brothers, "Teresia" by Huruma Boys Band, and "Week End" by Afro 70.  © 1996-2021, Dusty Groove, Inc.
(Great package – with 3 heavy LPs, a bonus 7" single, and a bonus download for 8 extra tracks!)