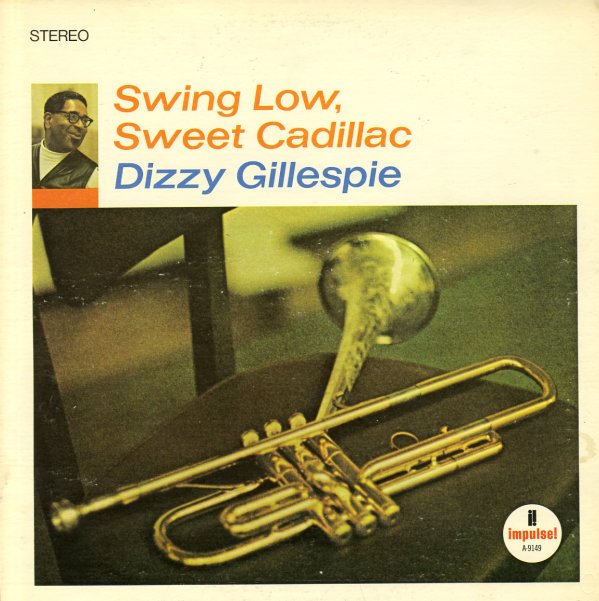 A brilliant album of Latiny grooves from Diz! The record takes off from the soulful/modal mood of the early 60s groups with Lalo Schifrin and Kenny Barron – and features a young Mike Longo crafting some fantastic lines on piano, stretched out over tight rhythms on electric bass and drums, with Dizzy soloing on trumpet, and James Moody adding in washes of color and emotion on alto, tenor, and flute. The best tracks are long groovers that really show the group stretching out – especially on the album's 16 minute reading of Dizzy's classic "Kush", the title track "Swing Low Sweet Chariot", and a great version of "Mas Que Nada"!  © 1996-2023, Dusty Groove, Inc.
(Orange and black label stereo pressing with Bell Sound stamp. Cover has some ring and edge wear, discoloration from age, some small stains inside the gatefold, small center split in the bottom seam, and some stained spots and gloss separation in back.)

In The Beginning
Prestige, Late 40s/1973. Near Mint- 2LP Gatefold
LP...$14.99 24.99
Nice 2LP set that brings together a huge amount of pivotal work from the early bop years of Diz, including titles recorded for the Guild and Musicraft labels, as well as Prestige. The set's an essential one, because although you often hear references to this material, most of it was originally ... LP, Vinyl record album