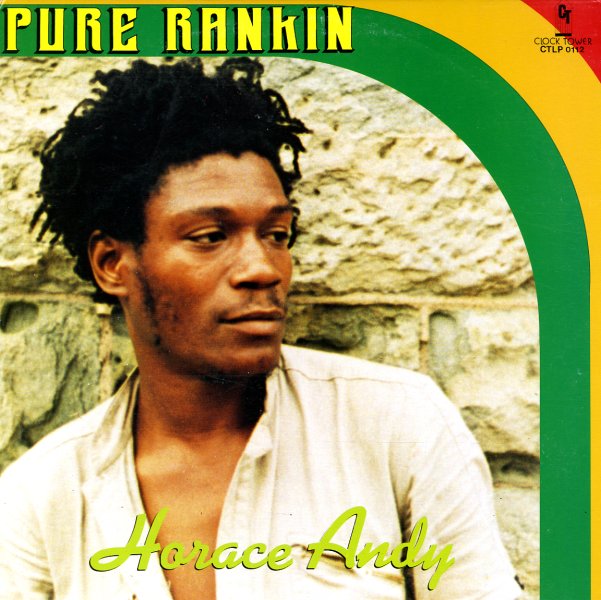 Horace Andy is one of the all-time greats in Jamaican music – a singer with a style that can be light yet deeply soulful at the same time – a great mixture of sweet and dark that's captured perfectly on this late 70s set! Brad Osborne cut the set with King Tubby – and the latter provided some great echo to flesh out the spare instrumental sound of the record – which is mostly just bass, drums, guitar, and organ – bubbling along in a midtempo groove that lets Andy's vocals really shine in the lead! Titles include "Pure Ranking", "I've Been Around", "What Eyes Don't See", "African Liberation", "Jah Gift To Man", "Totally Free", "Change Your Ways", "Jah Is The One", "Natural Mystic", and "Strictly Ranking".  © 1996-2023, Dusty Groove, Inc.

Best Dressed Chicken In Town
Greensleeves (UK), Mid 70s. New Copy (reissue)
LP...$24.99 29.99
Full strength roots from Dr Aminatado! In a perfect world, this album would need no introduction from us – it's classic caliber to say the least! For those yet to visit the doctor, this is the perfect perscription –in which Dr Alimantado and Lee Scratch Perry lead you through a top ... LP, Vinyl record album

Explosive Dub
Clocktower, 1975. New Copy (reissue)
LP...$15.99
If you're looking for a definition of dub, this album may well be it – and it's clear proof why Tubby could proudly wear the crown of a King! The set's beautifully bassy and muddy all the way through – a heady brew of bottom-level sounds – all layered wonderfully with lots and ... LP, Vinyl record album

This Is Desmond Dekker (green vinyl pressing)
Trojan (UK), 1969. New Copy (reissue)
LP...$31.99 32.98
Landmark work from Desmond Dekker – one of the first Jamaican artists to break bigger on the global scene at the end of the 60s – thanks to soulful sets like this! The music is still very much in a rocksteady mode, but has some currents of ska that's kept it on turntables for years ... LP, Vinyl record album

Studio One Women (yellow vinyl pressing – with bonus download)
Soul Jazz/Studio One (UK), 1970s. New Copy 2LP
LP...$36.99 38.99
A really classic look at the legendary catalog of Studio One Records – one that not only offers up a special focus on the female artists who recorded for the label, but also really shows the wide span of sounds that Studio One created over the years! There's work here from the early ... LP, Vinyl record album