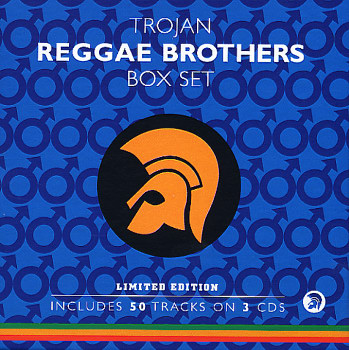 Trojan UK Hits Box Set (3CD set)
Trojan, Late 60s/1970s. Used 3 CDs
CD...$19.99
There's no doubting the impact that the scene made in Great Britain and how that helped break those sounds worldwide. This nicely priced box set collects 50 of the biggest Jamaican hits in the UK from the vaults at Trojan, covering mostly their great ska and rocksteady. Includes the Skatalites ... CD

Trojan Instrumentals Box Set (3CD set)
Trojan (UK), Late 60s/1970s. Used 3 CDs
CD...$24.99
While this set's not long on liner notes and archival photos, this nice box from Trojan does give you a big bang for your buck. An amazing collection of 50 instrumental tracks on 3 CDs from the label's vast catalogue of reggae classics. How can you argue with nice, nice cuts like "East of ... CD