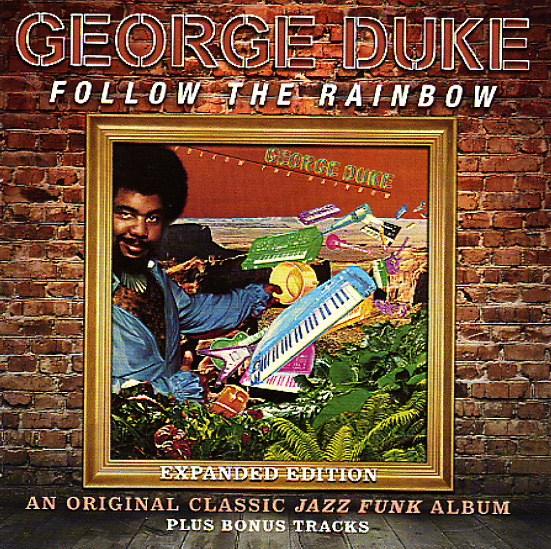 One of the great ones from the end of the 70s for George Duke – a ridiculously fertile period for Duke, which is a great thing – because he closed out the decade on a wave of excellent releases! On Follow The Rainbow, George is grooving just a bit more smoothly than before, and it's maybe not as much of a jazz album as some of earlier sets – which is just fine, because this album's also got some great modern numbers that follow in an Earth Wind & Fire-style spiritual soul tradition! Sheila E is in the group, and joins Lynn Davis and Josie James on vocals – and the three of them give the record a strong R&B vibe on the best cuts. Titles include "Festival", "Say That You Will", "Funkin' For The Thrill", "I Am For Real (May The Funk Be With You)", "Pluck", "Corine", "Straight From The Heart" and "Sunrise". This Soulmusic.com edition includes 2 bonus tracks: "I Am For Real (single edit)" and "Pluck (single edit)".  © 1996-2021, Dusty Groove, Inc.

Hackett Horn (Japanese pressing)
Epic (Japan), Late 30s/1955. Used
CD...$11.99
The Hackett Horn gets a great spotlight here – in a classic mid 50s LP that pulls together earlier 78s recorded by Bobby at the end of the 30s! Modes are mostly traditional, but Hackett's cornet work really shines throughout – bursting out of mid-sized groups that are often driven by a ... CD