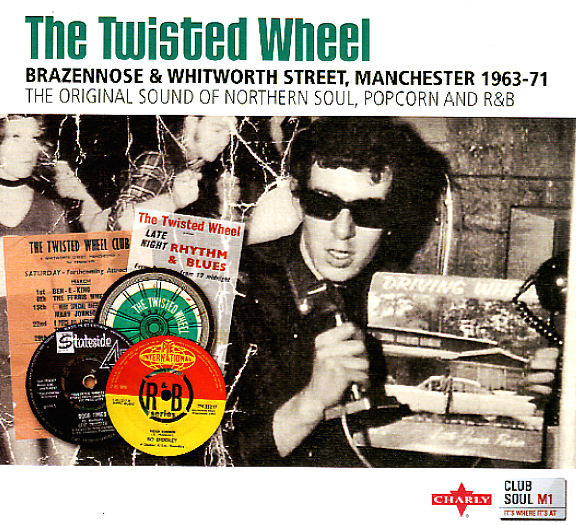 The story of one of the most legendary soul clubs in the UK – home to the great wave of Northern Soul enthusiasm that burst big in the 60s – plus a fair bit of hanky panky as well! This collection shows a decidedly raw side of the club's roots – American soul from the 60s, plus a fair bit of R&B as well – a groove that's rougher than you might find on other Northern Soul collections – which often tend towards some of the tighter Detroit productions of the period. The CD features a whopping 28 tracks in all – with lots of tracks from Chicago and the Motor City – and the package is a cool book-style one, with 24 pages of full-color images and photos, plus notes as well. Titles include "Road Runner" by Bo Diddley, "Good Times" by Gene Chandler, "Turn On Your Lovelight" by Bobby Blue Bland, "Do The 45" by The Sharpees, "Get Down With It" by Bobby Marchan, "I Spy For The FBI" by Jamo Thomas, "And Get Away" by The Esquires, "I Can't See Your Love" by The Ballads, "Searchin" by Alvin Robinson, and "You Shot Me Through The Grease" by Alvin Cash.  © 1996-2022, Dusty Groove, Inc.

Three For Love (with bonus tracks)
Solar/Ultra Vybe (Japan), 1980. New Copy
CD...$13.99 14.99
Super-sharp work from Shalamar – a set that was cut at the start of the 80s, but which already seems to set the tone for so many other records to come! The album's a shining jewel in the Solar Records catalog – and shows that strong style that helped the label bridge the soul and the ... CD