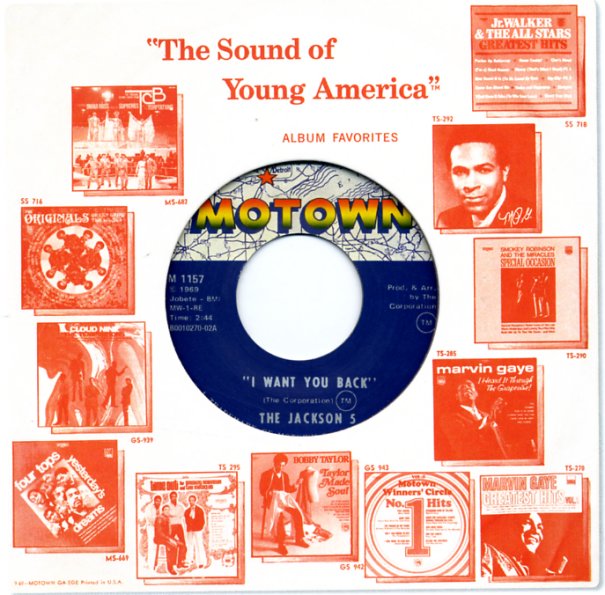 Motown at the end of the 60s – hipper and much more righteous than anyone would have expected a few short years before! The scope of work on this 1969 volume of the Complete Motown Singles set is really amazing – not just the straighter Detroit soul of their roots, but a complex blend of styles that includes heavier funk, sweeter soul ballads, smoking instrumentals, and even a taste of the label's future to come as part of the California scene. As with other volumes, the packaging and presentation here is sublime – way more than just a standard CD collection – and instead, a book-like package that features 140 full color pages, plus 6CDs that feature over 140 songs in all – a-sides, b-sides, and even some rare alternate mixes. Artists include Stu Gardner, The Marvelettes, Monk Montgomery, Jr Walker, Stevie Wonder, Arthur Adams, The Spinners, The Jackson 5, Chuck Jackson, Marvin Gaye, Diana Ross, Four Tops, The Rustix, Smokey Robinson, Edwin Starr, The Temptations, Shorty Long, Gladys Knight, The Originals, Jonah Jones, The Fantastic Four, Earl Van Dyke, The Honest Men, and even Soupy Sales!  © 1996-2021, Dusty Groove, Inc.