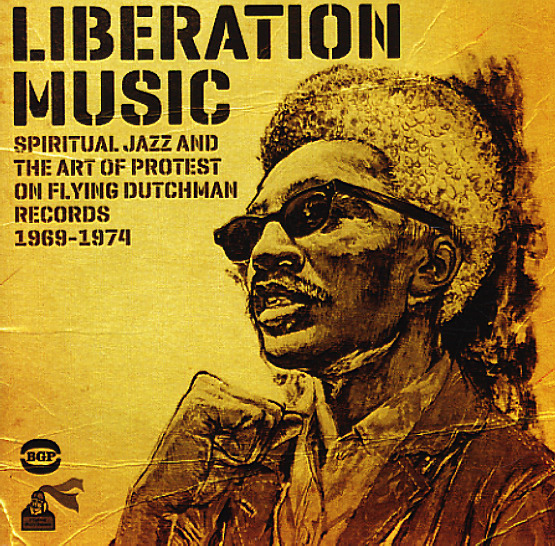 Spiritual soul and spoken word with instrumental inflections – a perfect illustration of the righteous sound of the Flying Dutchman label at the start of the 70s! The imprint was famously home to Gil Scott Heron, Lonnie Liston Smith, Leon Thomas, and other hip cats at the time – but also recorded a fair bit of work that was even more progressive and political – including key records from forces helping to carry the legacy of Civil Rights well into the 70s! This package offers up a perfect blend of those modes – great jazz tracks that carry the legacy of John Coltrane forth even further, and political records that were often more powerful than anything in the press at the time. Titles include "Sais" by Lonnie Liston Smith", "Nevertite" by The Esoteric Circle, "The Creator Has A Master Plan" by Louis Armstrong and Leon Thomas, "Lament For John Coltrane" by Bob Thiele Emergency, "Friends & Neighbors" by Ornette Coleman, "Sit Down" by Carl B Stokes with Oliver Nelson, "Echoes" by Leon Thomas, "The Giant Is Awakened"b y Horace Tapscot, "Gonna Get Some Right Now" by Chico Hamilton", and "We're Threatening The Oppressors" by Angela Davis.  © 1996-2022, Dusty Groove, Inc.