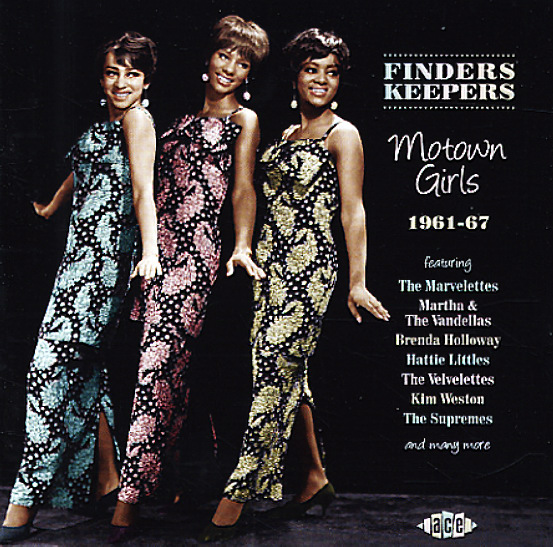 Female Motown, way past the hits – a wonderful selection of rare cuts from the 60s, including a dozen previously unissued tracks! The collection is a real discovery, even for Motown fans – and the set is filled with gems that go way past the obvious – some real Detroit soul treasures that make the whole thing a delight! Lots of the work is from that key early Motown stretch, when the label was really coming into its own, but still trying out a lot of new ideas too – and as such, were really willing to move past some obvious hit modes of the time. And make no mistake – these cuts aren't leftovers, or half-baked – as all of them have top-shelf production and arrangements – further proof that the Motown approach never dimmed at all. Titles include "Do You Know What I'm Talkin About" by LaBrenda Ben, "Don't Turn Your Back On Me" by Brenda Holloway, "Build Him Up" by Martha & The Vandellas, "Like A Nightmare" by The Andantes, "Dance Yeah Dance" by Thelma Brown, "When Somebody Loves You" by Gladys Knight & The Pips, "My Black Belt" by Hattie Littles, "It's Too Soon To Know" by Kim Weston, "I Gotta Right To Sing The Blues" by Liz Lands, "If Wishes Came True" by Anita Knorl, and "So Let Them Laugh At Me" by Linda Griner.  © 1996-2021, Dusty Groove, Inc.