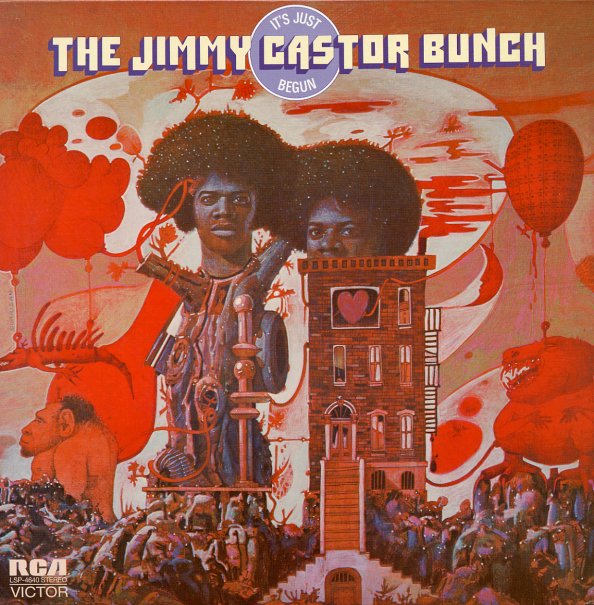 Wickedly fuzzy funk! Jimmy Castor recorded in a lot of different styles during the 70s – but the one he used on this album is still his best – and the album may well be his lasting testament of funky genius! The record's a non-stop guitar-heavy batch of classic funk tracks – and it features the storming break track "It's Just Begun", the funky goofy "Troglodyte", and plenty other nice moments like "Bad", "LTD", "I Promise To Remember", and "Psychee". Fuzzy guitar meets heavy drums meets some of the most insane lyrics ever on a mainstream funk album! Jimmy can always be great – but he really knocks it out of the park on this monstrous classic.  © 1996-2022, Dusty Groove, Inc.
(Original pressing. Still in shrink with hype sticker, but with a name in pen on front and back. Hype sticker is bent down the middle. Cover has a cutout notch. Labels have some pen.)