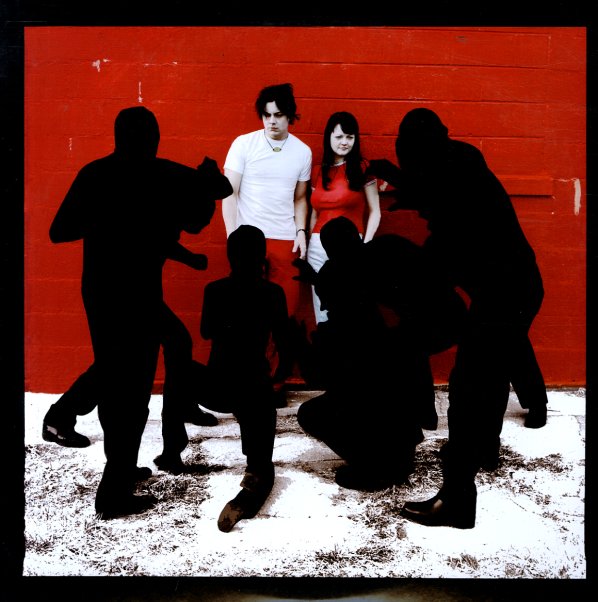 The record that really broke the White Stripes out of the box – a set that was recorded as an indie, then later got wider circulation around the globe – as a fantastic demonstration of the raw, back-to-basics energy that made the duo such a standout in contemporary rock at the start of the century! All these many years later, there's still a sense of power that has the group rivaling some of the bigger garage punk legends of the past – on titles that include "Dead Leaves & The Dirty Ground", "Hotel Yorba", "Fell In Love With A Girl", "I Think I Smell A Rat", "Now Mary", "We're Going To Be Friends", "Expecting", "I'm Finding It Harder To Be A Gentleman", and "The Same Boy You've Always Known".  © 1996-2022, Dusty Groove, Inc.
(180 gram black vinyl pressing on Third Man. Includes the insert. Cover has some edge wear and a bumped corner.)

Elephant (2nd cover)
V2, 2003. Near Mint- 2LP Gatefold
LP...$79.99
One of the best by The White Stripes – delivering on the rambunctiousness of their blues punk roots while making their greatest creative strides yet! There's a few more tracks with acoustic guitar and keyboards here, and some songs that honestly feels a bit like Led Zeppelin with the ... LP, Vinyl record album

Icky Thump X (Deluxe Box Set)
Third Man, 2007/2017. Near Mint- 4LP
LP...$99.99
The last album in The White Stripes incredible late 90s to mid 00s run – and they really went out on an epic high note – one of their very best records! As kicked off by the classic title tune, this one goes on to be fully connected to their raw roots, but committed with a bigger, more ... LP, Vinyl record album

Countdown To Ecstasy
ABC, 1973. Near Mint-
LP...$39.99
Superb work from Steely Dan – and a record that really shows them hitting perfection in the studio! The core sound of this one's jazzier than before – with some great help on instrumentation from Victor Feldman, Lanny Morgan, Bill Perkins, and other west coast jazzers – all ... LP, Vinyl record album