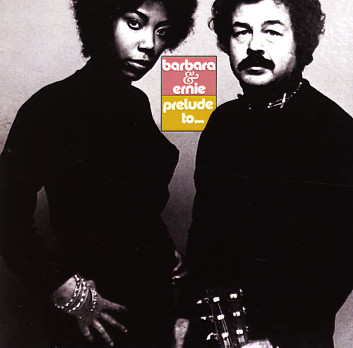 A folk funk classic from the early 70s – and a weird little record that has a sound that's unlike anything else we can think of! The arrangements are quite soulful, almost funky at times – with a righteous undercurrent that reminds us of Richard Evans or Charles Stepney at Cadet Records. But the vocals – by singer Barbara Massey – have a flanged-out quality that's clearly overdubbed, creating a double-voiced sound that's almost a bit like Brasil 66! This mix of modes is really great – completely unique, and sublime throughout – with a vibe that was years ahead of its time, and which is finally beginning to get some recognition these many years later. Arrangements are by the pair, but Deodato also had a hand in the record too – and the core combo of musicians includes Grady Tate on drums, Ralph McDonald on percussion, and Sam Brown on guitar – alongside more guitars from Ernie and keyboards and piano from Barbara. Tracks include "Searching the Circle", "Do You Know", "For You", "Play With Fire", "My Love & I", "Satisfied", and "Prelude" – plus a wild remake of "Somebody to Love"!  © 1996-2023, Dusty Groove, Inc.