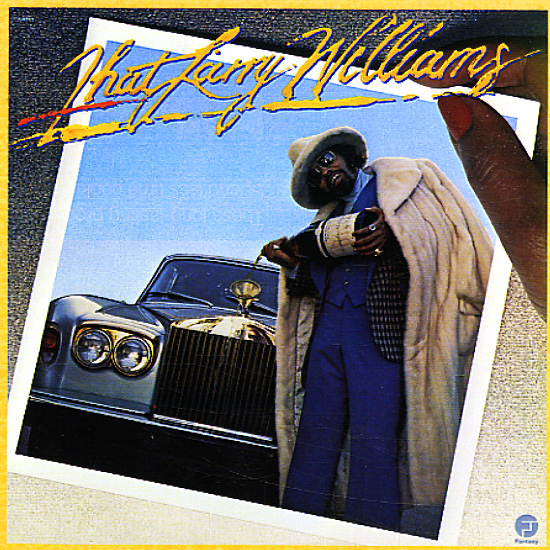 That Larry Williams – The Resurrection Of Funk

A rare funk album from west coast legend Larry Williams – very different than his heavy R&B of the late 50s, or the brief soul comeback he had with Johnny Guitar Watson in the 60s – and instead a heavy groover with a trippy Cali sound! The record's got a sharp groove right from the start – a vibe that's a bit similar to some of the best Johnny Watson funk of the period – a slight jazzy undercurrent in the instrumentation, with wicked guitar and keyboard bits dancing around each other in the rhythms – often mixed with vocals that have a cool sort of electric feel, and topped with some great horn work from Fred Wesley on trombone and Maceo Parker on alto sax! Rudy Copeland plays keyboards on the album alongside Williams, the the set's got a bit of the feel of Rudy's lost Funky Blindman set – and in a way, also echoes the best strutting, sexy modes of Bootsy Collins too. The album's a surprising gem all the way through – a real lost chapter in Larry's career, and the kind of set that might have broken bigger, had he not died mysteriously a few years later. Titles include "Funky Force", "The Resurrection Of Funk", "One Thing Or The Other", "ATS Express", "How Can I Believe", and "Can't Dance To The Music (If It Ain't Got Funky Rhythm)".  © 1996-2023, Dusty Groove, Inc.
(On the Dusty Groove label.)

Sweetest One
RCA/Dusty Groove, 1967. New Copy
CD...$5.99 12.99
One of the greatest Northern Soul albums ever – completely great all the way through, and filled with songs that have been burning up dancefloors for years! The vocals are incredible – soaring harmonies that hold together perfectly, even when the grooves are hard and heavy – and ... CD