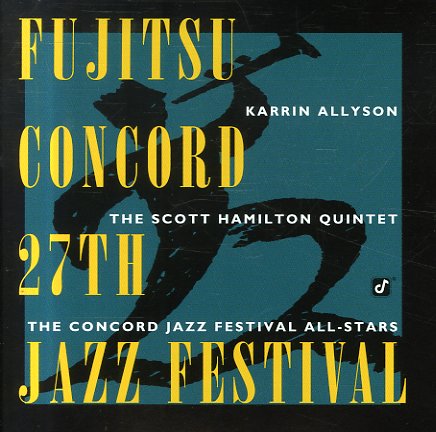 Includes three sets – the first with vocalist Karrin Allyson, the second with the Scott Hamilton Quintet, and the third with the Concord Jazz Festival All-Stars featuring Chris Potter, Benny Green, Ray Brown, Louie Bellson, and others.  © 1996-2021, Dusty Groove, Inc.
(Out of print.)