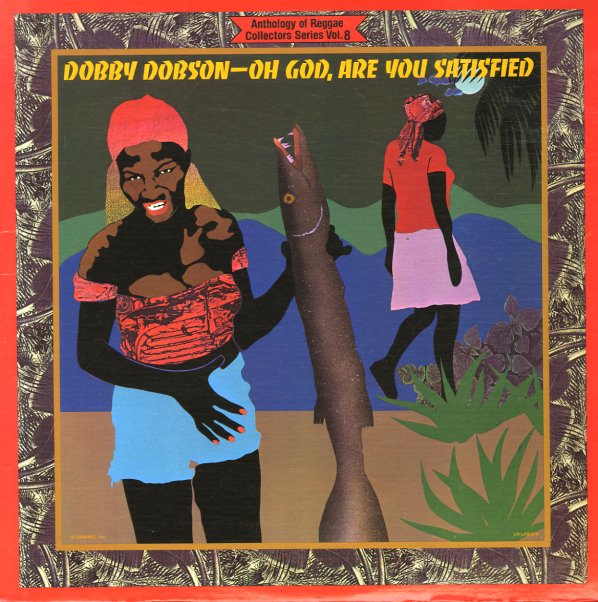 Oh God Are You Satisfied

Dobby Dobson's best known for his earlier work on Treasure Isle, but still sounds great on this later set of lover's rock! Mellow and soulful, with a sweet approach that reminds us a bit of Jamaican Smokey Robinson – on titles that include "Oh So Lonely", "Loving Pauper", "It Seems To Me I'm Losing You", 'Halfway To Paradise", "Endlessly", and "Your New Love".  © 1996-2021, Dusty Groove, Inc.
(Cover has a cut corner and some light wear. Record is great!)

Reggae Got Soul
Island, 1976. Fair
LP...$14.99 (LP...$26.99)
A classic moment from Frederick "Toots" Hibbert – a set that's maybe his equivalent to some of the key Island Records albums of the 70s from Bob Marley & The Wailers! Like those, the production here is top-shelf – handled partly by Joe Boyd, who brings a very respectful ... LP, Vinyl record album

Uprising Live (3LP 180 gram orange vinyl pressing)
Eagle Rock/Tuff Gong, 1980. Near Mint- 3LP Gatefold
LP...$44.99
An extended live set, recorded during the last concert tour that Bob Marley ever gave the planet – material from a German concert in 1980, which also includes a bit of brief opening work from I Three too! Marley is at the top of his game here – really growing into that messianic role ... LP, Vinyl record album

Protest
Island, 1977. Near Mint-
LP...$34.99
Late 70s solo effort from this founding member of the Wailers, self-produced on his own Solomonic label and then licensed to Island for worldwide distribution. A solid roots effort from one of the most significant moments in Jamaican music history, this album maintains Livingston's nicely crafted ... LP, Vinyl record album