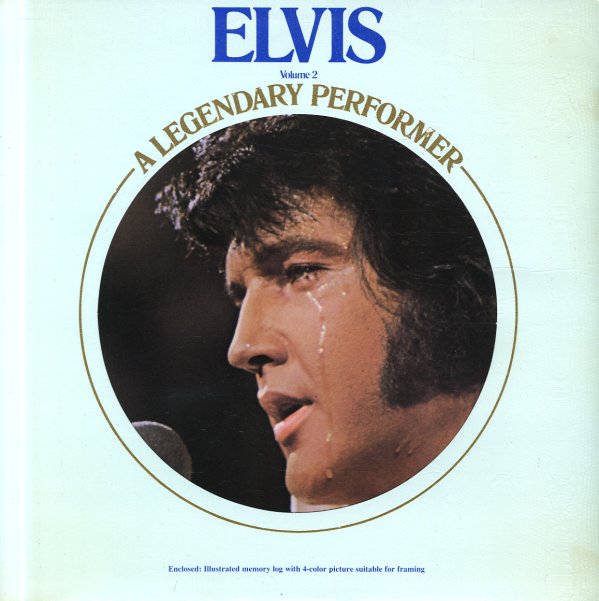 Titles include rare versions of "Harbor Lights", "I Want You, I Need You, I Love You", "Jailhouse Rock", "It's Now Or Never", "Blue Hawaii", "How Great Thou Art", and more.  © 1996-2021, Dusty Groove, Inc.
(Mid 70s issue in the die-cut cover. Includes the heavy inner sleeve and booklet. Cover has a partially unglued bottom seam.)