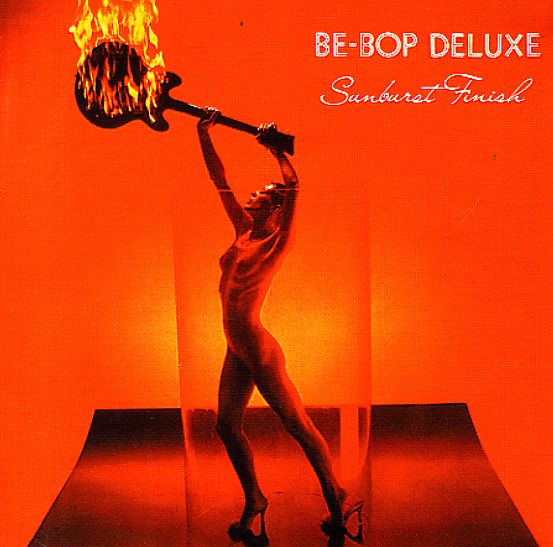 One of the crowning moments of Bill Nelson and Be Bop Deluxe – a set in which it seemed that everything the group was trying for really came together – in a mode that's both tuneful and timeless, and which – a bit like Sparks or 10CC – was slightly out of time with the rest of the rock scene in the 70s! There's a few surprisingly catchy numbers – of the sort that should have made the group even bigger on the international scene – but Nelson also manages to work in lots of keyboard magic, too – in that compressed approach to his prog inclinations, which was always the appeal of the group. The set's neither glam nor punk, nor prog or classic rock – very much its own sort of thing – with titles include "Fair Exchange", "Life In The Air Age", "Ships In The Night", "Crystal Gazing", "Blazing Apostles", and "Beauty Secrets".  © 1996-2021, Dusty Groove, Inc.
(UK Harvest pressing with A-2/B-2 matrix. Includes the heavy die-cut inner sleeve. Cover has light wear, with two small tears in the back panel at the opening, and the top corners bent a bit.)