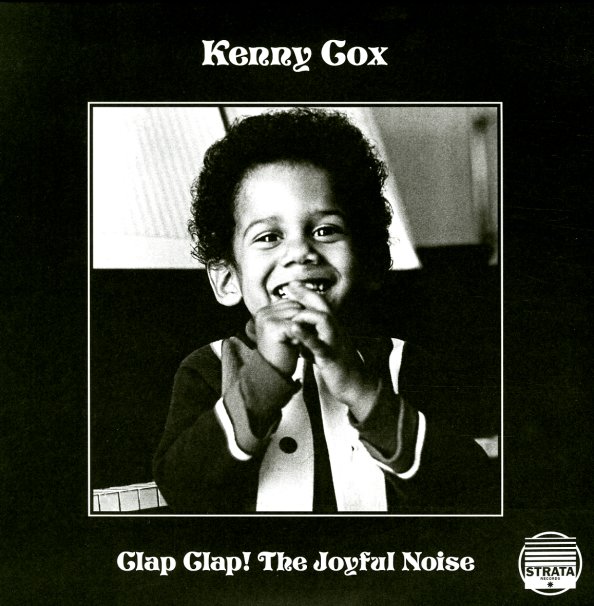 Amazing lost sounds from Detroit – a previously unissued album from pianist Kenny Cox – best known for his late 60s albums on Blue Note, but working here in a really righteous style, and using a fair bit of Fender Rhodes as well! The album's a lost gem from the Strata label – home to Lyman Woodard's Saturday Night Special album – and there's definitely a side to this record that's shared with that one – a bit more laidback, definitely, but equally soulful, and mixed with spiritual jazz elements that echo the style of Kenny's Tribe Records contemporaries on the Detroit scene. Other players include Charles Moore on flugelhorn, Buzz Jones on soprano sax and flute, Ron English on bass, and Skeets Curry on electric guitar – and in addition to Fender Rhodes, Cox also plays clavinet, mellotron, and Arp as well! The set's got a bit of vocals – from Fito Foster and Nengue Hernandez – but the main focus is instrumental, and the long tracks really have the group spinning out beautifully. Titles include "Clap Clap The Joyful Noise", "Samba De Romance", "Island Song", "Lost My Love", and "Beyond The Dream".  © 1996-2022, Dusty Groove, Inc.

Nine Lives
Alpha Pup, 2021. New Copy
CD...$9.99 19.99 (LP...$23.99)
Warm jazzy goodness from Katalyst – a west coast group comprised of musicians who normally back bigger names in soul, jazz, and hip hop – but who here work in a vibe that's all their own, on a set of tunes that are improvised freely, yet still have a groove! The music is often spacey ... CD