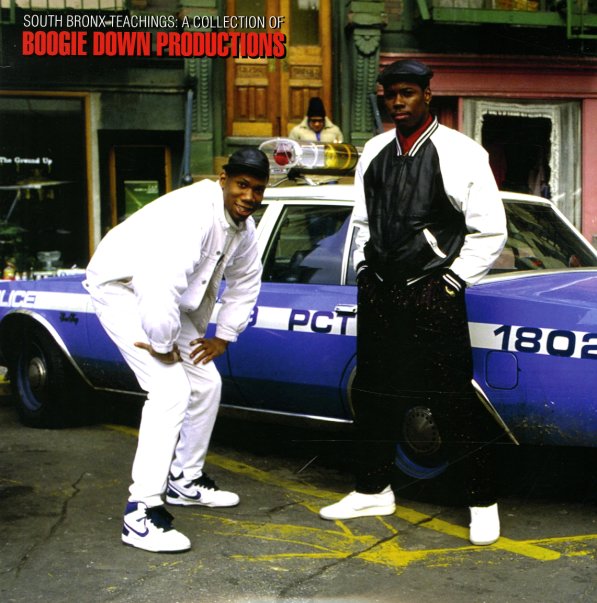 A selection of late 80s South Bronx Teachings – classic Boogie Down Productions circa Criminal Minded! South Bronx Teachings focuses soundly on the class of '87 – so you get fistful of the Criminal Minded cuts and a few other blasts from KRS-One & Scott La Rock, nicely paced over 13 tracks. Includes "Poetry", "South Bronx", "9MM Goes Blang", "Word From Our Sponsor", "Elementary", "Advance", "D-Nice Rocks The House", "The Bridge Is Over", "Criminal Minded", and "P Is Free (rmx)".  © 1996-2021, Dusty Groove, Inc.