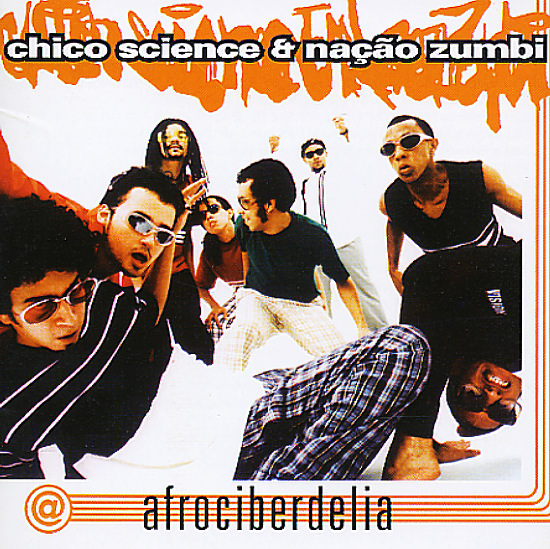 Believe it or not, the title's a pretty good way to describe this modern Brazilian rock release – as the music's a mish mash of newer beats and grooves, grounded in a hip hop/dance tradition, mixed with samples of older Brazilian rock influences – including stuff by Os Mutantes, Gilberto Gil, and Caetano Veloso. We like this one a lot better than we expected, and we hardly mind the modern elements, when we can get an occasional treat like a sample of "Bat Macumba", or a remake of "Maracatu Atomico". The latter track is included here in 4 different mixes, and other tracks include "Sangue De Bairro", "Mateus Enter", "O Cidado Do Mundo", "Maco", "Um Passeio No Mundo Livre", and "Baiao Ambiental".  © 1996-2022, Dusty Groove, Inc.