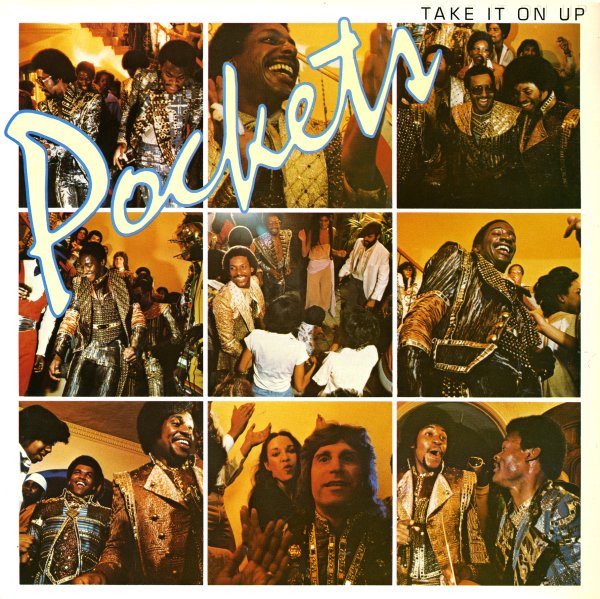 Take It On Up (with bonus track)

A killer blend of soul and funk from Pockets – a group with a very jazzy pedigree in their roots, but who stretch forth here with some great studio help from the Kalimba Productions team of the Earth Wind & Fire empire! The groove is very much in the best 70s EWF mode – tight, but never uptight – impeccably played throughout, but with a looseness that also really hearkens back to the small club origins of the group. Lead singer Larry Jacobs really makes the tunes cook – with a style that's deft enough to match the instrumentation, yet still strong enough to soar soulfully on its own. The blend is sublime throughout – and titles include "Tell Me Why", "Take It On Up", "Heaven Only Knows", "Got To Find My Way", "Sphinx", "In Your Eyes", "Happy For Love", and "You And Only You". CD features a bonus track too – "Take It On Up (ext 12" mix)".  © 1996-2022, Dusty Groove, Inc.