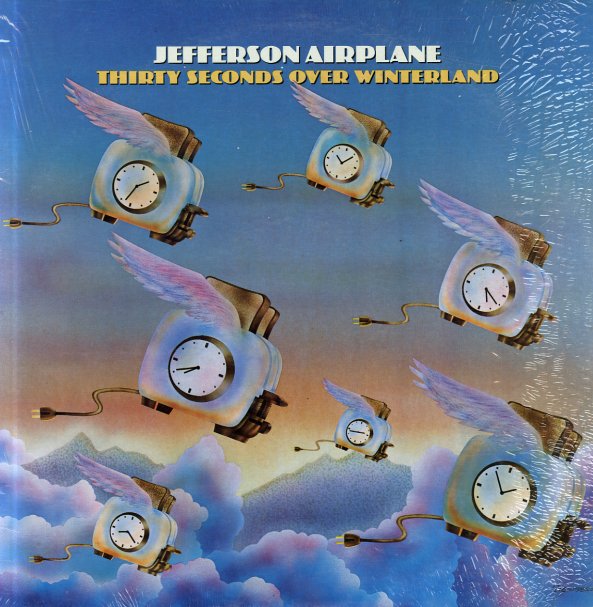 Also available
Jefferson Airplane — Thirty Seconds Over Winterland (with bonus tracks) ... CD 19.99
The late live album from Jefferson Airplane – who were at the end of their journey, but whatever their personal differences may have been at the time, they still put on a helluva great rock and roll show! Thirty Seconds Over Winterland was recorded at that legendary San Francisco venue, and at Chicago's Auditorium Theatre, with the post-Marty Balin line-up of Grace Slick, Paul Kanter, Jack Casady and Jorma Kaukomen – plus violinist Papa John Creach, drummer John Barbata and vocalist David Freiberg from Quicksilver Messenger Service. Titles include "Have You Seen The Saucers", "Feel So Good", "Crown Of Creation", "When The Earth Moves Again", "Milk Train", "Trial By Fire" and "Twilight Double Leader".  © 1996-2022, Dusty Groove, Inc.
(Original pressing. Includes the printed inner sleeve. Cover has light ring & edge wear, tiny cutout notch.)