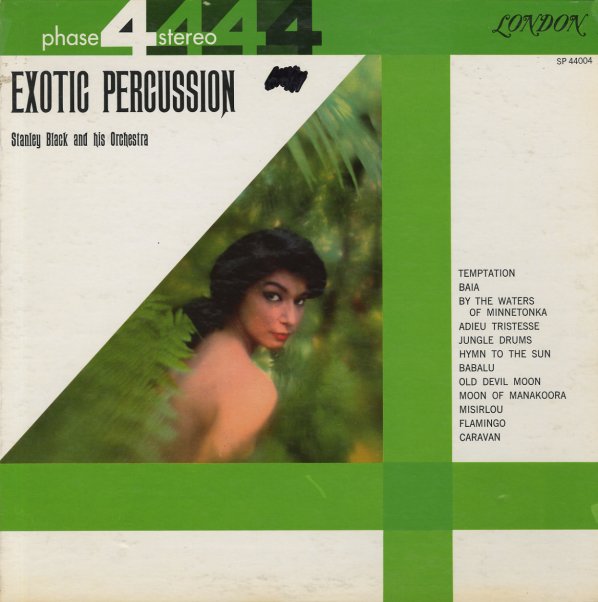 Both Phase 4 and Stanley Black have made their share of snoozy LPs, but this is not one of them! The label lists the talent as "Stanley Black with Women's Voices", and boy do those gals give his music a kick. Their spooky chorus haunts these exotic ditties, and ally Stanley's sound much more with the Les Baxter/Hollywood version of exotica than the snoozy fifties London stuff. An exotica classic – no wonder it's one of the toughest Phase 4 LPs to find.  © 1996-2021, Dusty Groove, Inc.
(Phase 4 stereo pressing, "Made In England", with deep groove.)