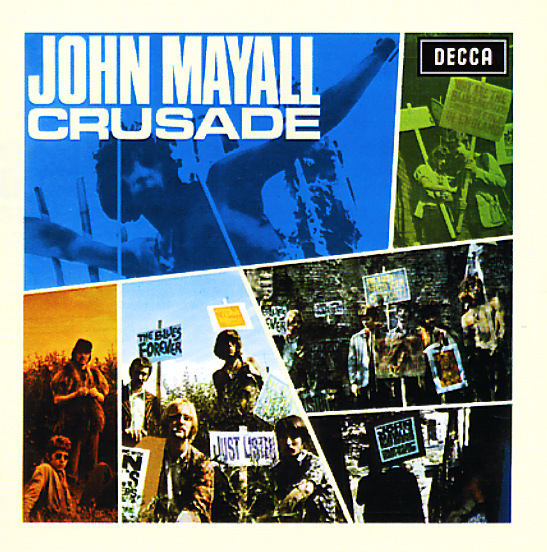 John Mayall's on a new crusade here – hitting lines that are almost more truly blusey than his previous albums – thanks to a new lineup in the Blues Breakers combo! Alongside Mayall's lead on vocals, organ, harmonica, and bottleneck guitar – the group also features Mick Taylor on guitar, John McVie on bass, Keep Hartley on drums, Chris Mercer on tenor, and Rip Kant on baritone sax – the latter two of whom help keep the set from being a straight Chicago electric blues copy. Titles include "I Can't Quit You Baby", "Streamline", "Snowy Wood", "Man Of Stone", "Stand Back Baby", and "My Time After A While".  © 1996-2022, Dusty Groove, Inc.
(UK wide band stereo Decca pressing with deep groove and 1W matrix. Cover has light surface wear and some very light stains in back.)

For Girls Who Grow Plump In The Night
London, 1973. Near Mint- Gatefold
LP...$19.99
Jazzy musings, lots of weird instrumental touches, and players who include Tony Coe on tenor, Pete King on flute and alto, Henry Lowther on trumpet, Frank Rocotti on congas, and Rubert Hine on Arp! LP, Vinyl record album

Sugarloaf
Liberty, Late 60s. Very Good+ Gatefold
LP...$24.99 (CD...$18.99)
A fantastic debut from Sugarloaf – a group who managed to use the Hammond organ in ways that were just as strong as the guitar in most other groups! The approach here seems to draw a lot from all the best changes taking place in soulful jazz – as Jerry Corbetta manages his keyboards ... LP, Vinyl record album