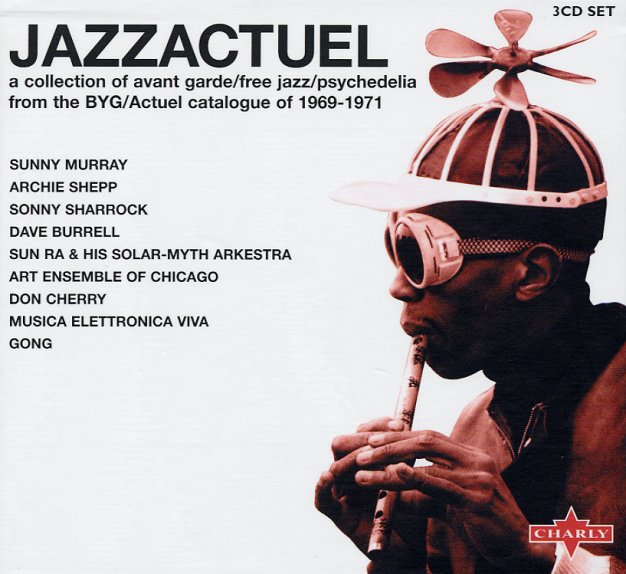 A fantastic package that explores the full range of genius on the legendary avant label BYG/Actuel – one of the most important European imprints at the end of the 60s! Actuel was home to some of the best avant garde jazz coming out of Paris in the late 60s and early 70s – an especially important document of the post-68 revolution in European music – at a time when so many American players where showing up in France, and finding great opportunities in the new freedoms of the scene! The package features seminal sides from US avant musicians – like Steve Lacy, Anthony Braxton, Clifford Thornton, Don Cherry, Jimmy Lyons, Archie Shepp, Sonny Sharrock, Sunny Murray, Grachan Moncur III, and The Art Ensemble Of Chicago – and it also features work by European musicians like Claude Delcloo and Jacques Coursil, plus genre-busting work by MEV and Gong as well. The 3CD box features a 48 page book – with lots of great illustrations, and notes from Thurston Moore and Byron Coley – and the set features 26 long tracks in all!  © 1996-2022, Dusty Groove, Inc.