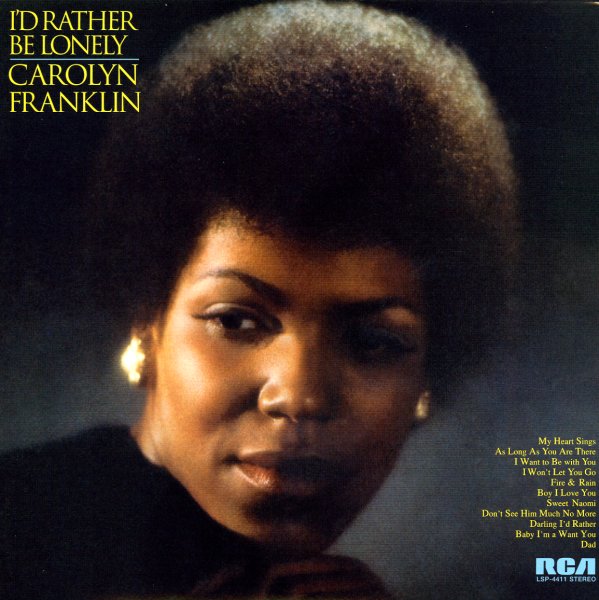 Classic soul from Aretha Franklin's hip sister – and quite possibly the most unified of all the Carolyn Franklin albums for RCA! This set's got some great arrangements from Wade Marcus – who blends together strings and soul in that solid way that Arif Mardin was using with Aretha at the start of the 70s – a move away from more southern-styled soul, into a rich, mature sound that showed a whole new side of Carolyn's talents. There's some great keyboards in the mix, slinking nicely alongside the vocals – which themselves still show the Franklin family roots, packed with power and plenty of depth. Titles include "As Long As You Are There", "My Heart Sings", "Dad", "I Want To Be With You", "Boy I Love You", "As Long As You Are There", and "Darling I'd Rather".  © 1996-2023, Dusty Groove, Inc.
(Still sealed! Cover has a cutout notch.)